Welcome to our Historic House

“At the beginning of the adventure of the recovery of this structure in 2015, the dry stone walls that encircled it were for the most part uneven. The caves were blocked by material of all kinds and by waste, spilled by unknown persons over the years. The first heavy task was to rebuild the dry stone walls, a valuable feature of the area and to free the caves. Already in these first operations, while the excavator was taking out the waste, wonder and curiosity grew out of all proportion. The testimonies of the past began to reappear. The interior of the structure, without electrical and water systems, did not disappoint expectations. After 150 years of neglect that slowly left the house, antique furniture, furnishings, kitchen, clothing and many other things reappeared.”

The Cagnazzi Historic House is in Altamura, and is property of Domenico Rajola Pescarini, descendant of Luca de Samuele Cagnazzi who was a religious person, politician and illustrious scientist from Altamura, who lived between the 18th and 19th century.

Between the VI and IV centuries B at the time of the Magna Graecia, this place was used for the construction of a vast necropolis whose tombs were dug out in limestone; The name of the place Lama Buccerii, refers to the existence of a slaughtering site which must have included grazing areas for animals, caves, cisterns for rainwater or small bodies of water (locally called lakes) for the watering of animals. Perhaps, near the slaughterhouse there were tanneries for the first treatment of hides. These five underground complexes could have arisen to support the slaughtering activity. From these caves, and from others nearby, began the development of an intricate system of quarries. Most of the stone material used for the construction of the Altamura houses was extracted from these caves; the two icehouses are a testimony of an activity of great importance: the ice trade and the ancient cold chain.

A private chapel built in 1790 is attached to the dwelling. By order of the king, a plaque with an inscription was put up on its entrance, warning against granting asylum to strangers.

Adriana and Mimmo ventured into the enhancement of the Cagnazzi Historic House in Altamura in Apulia, and nd appurtenances driven by the desire to know this heritage of buildings, furnishings and books. Since the beginning the couple has adopted the principle of absolute respect for this place, for its furnishings - restored laboriously and with great love - its books and archival documentation that contribute to the historical reconstruction of Altamura and of the figure of Cagnazzi. That’s why Adriana and Mimmo preferred to use the property privately, while promoting important cultural events, and converting the property for short periods into a Bed and Breakfast / Holiday Home. 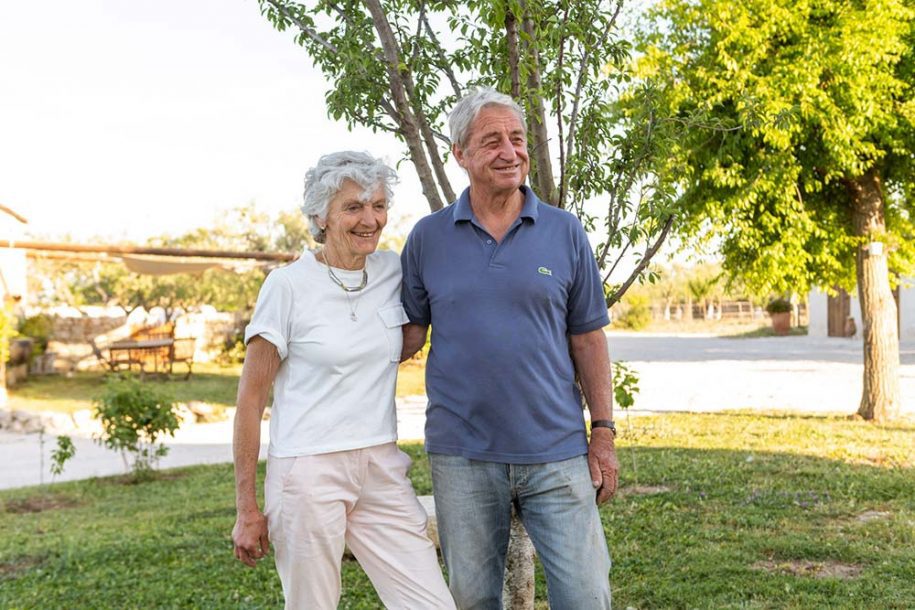 Today the building is about two hundred meters from the city of Altamura. According to the customs of its time, it was used by the Cagnazzi family as a place for study and meditation.
Inside it was kept, and is still preserved, part of the library that contributed to the cultural formation of the Cagnazzi. It includes about two thousand volumes, including some sixteenth-century incunabula.
The rooms of the historic mansion are elegantly decorated with original furniture and furnishings.
In the dovecote tower, currently used as a music room, was placed a table with four lecterns. This piece of furniture was mainly used by Giuseppe Cagnazzi, brother of Luca and a passionate musician who loved to surround himself with the best masters of the time, including Vincenzo Bellini. The two brothers were great admirers of Saverio Mercadante, who was also from Altamura. Luca worked hard to guarantee him a place at the Naples Conservatory. 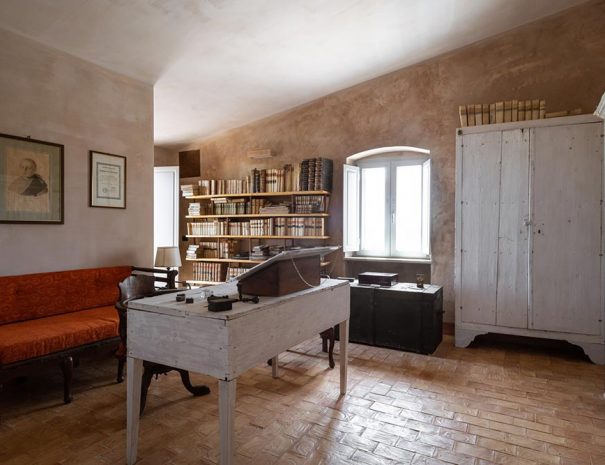 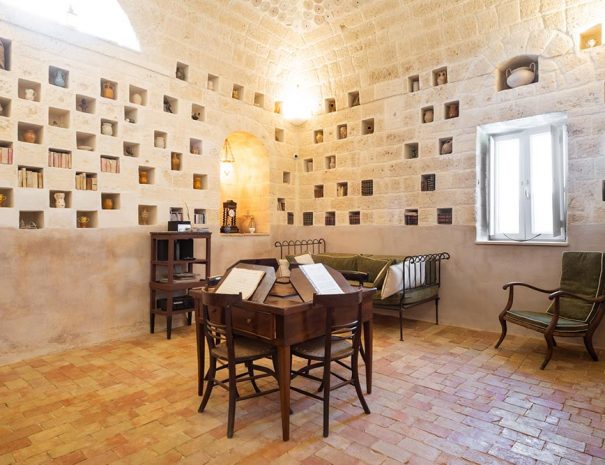 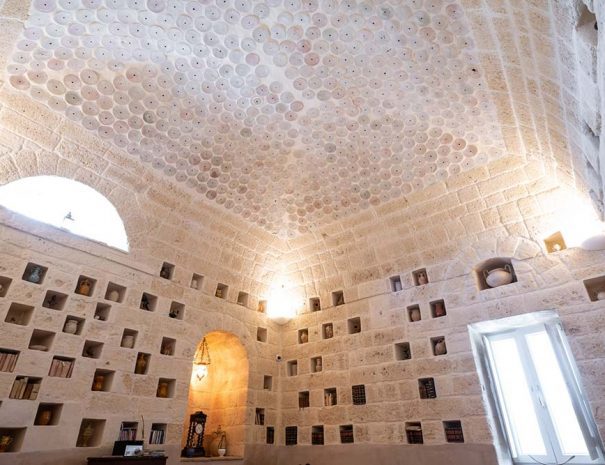 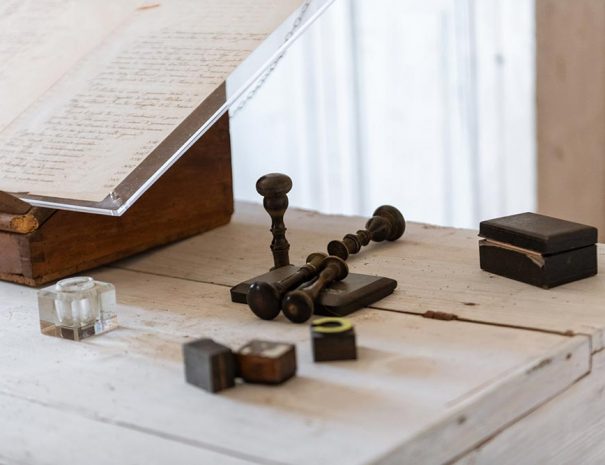 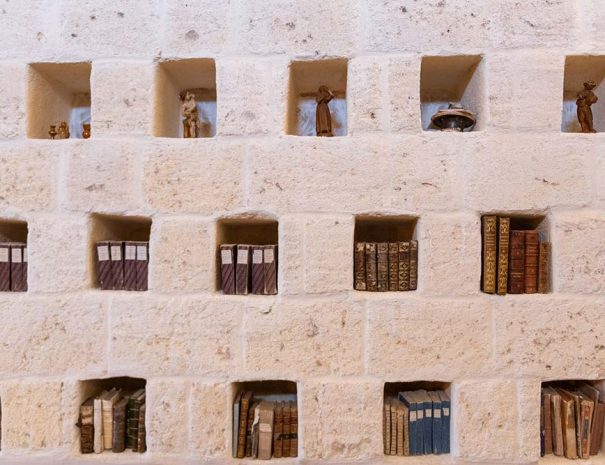 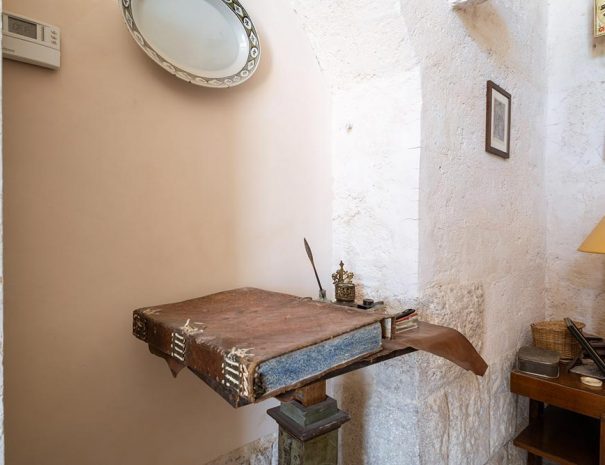 In 1790 Giuseppe Cagnazzi asked and obtained the sovereign authorization to erect a rural church in his country casino. This building still maintains its original function today. The authorization decree imposes the obligation to affix a stone inscription at the entrance of the church which warns that refuge could not be sought in that place of worship. 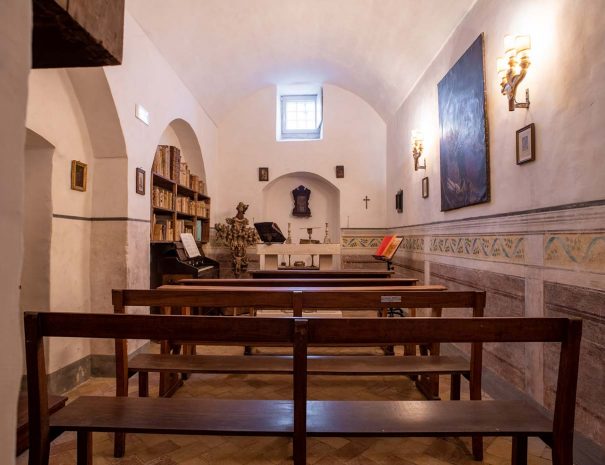 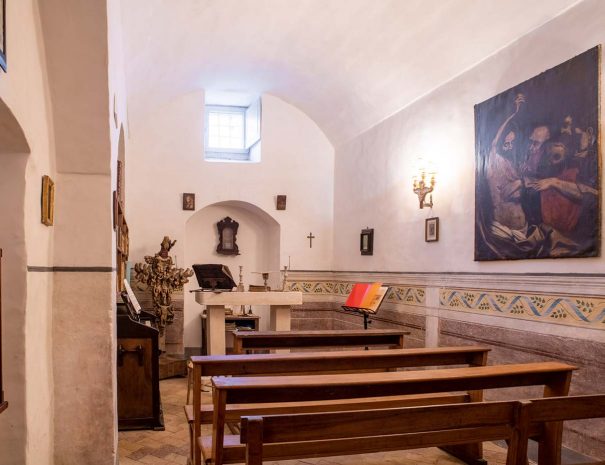 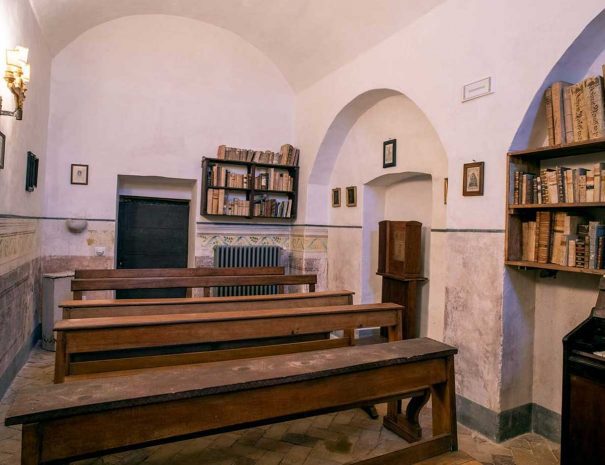 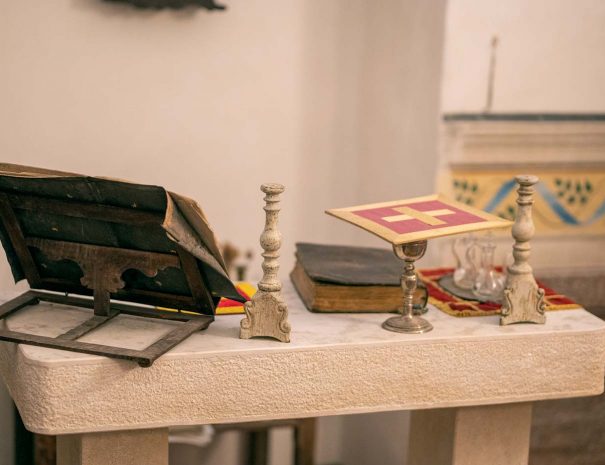 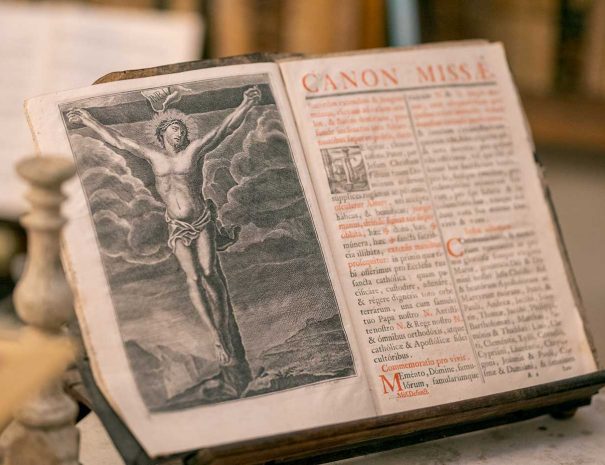 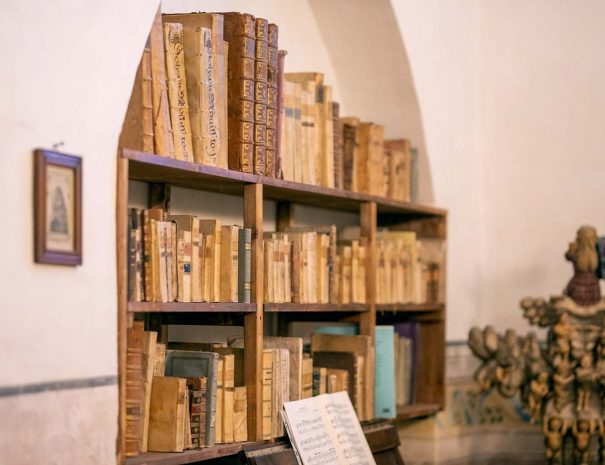 In the Bed & Breakfast Dimora Cagnazzi it is possible to share moments of conviviality, even on request.

You can leave your vehicle in the parking lot inside the property.

The wi-fi service for guests allows them to surf the internet in tranquility.

In one of the hypogea, it is possible to use the wellness area, included in the room price.

If you seek a more relaxing stay, all rooms are equipped with a private bathroom.

The house is also the perfect place for families: children can interact with animals and get to know them in freedom.

The Dimora Cagnazzi holiday home carries out daily cleaning, change of sheets and towels every 3 days or on request.

On request, it is possible to have a tasting of local products, such as oil, honey, legumes and much more.

The name of the farm is related to the De Samuele-Cagnazzi family, of which Luca was an illustrious representative. He was a religious, politician and scientist, who lived between the second half of the 1700s and the first of the 1800s.
We use cookies on our website to give you the most relevant experience by remembering your preferences and repeat visits. By clicking “Accept All”, you consent to the use of ALL the cookies. However, you may visit "Cookie Settings" to provide a controlled consent.
Privacy Policy
Cookie SettingsAcceptReject
Manage consent